In recent years, the Philippine economy ranks among the best performers in Asia. As the country looks to become an upper-middle-income country and reduce poverty rates, its ramping up infrastructure spending.

The Philippines consists of over 7500 islands and houses little over 100 million people, making it a logistical nightmare for shipping companies.

The country relies heavily on its waterway networks for logistics and to connect each island. From the ports to the city, infrastructure is inadequate due to low funding and natural disasters.

With new developments in its industries and infrastructure, the Philippines is looking to build its economy to rank as one of the strongest in the world.

Yet, with recent investments, the country is developing at an incredibly fast pace.

The Importance of Infrastructure in the Philippines

In recent years, the Philippines government has begun investing heavily in its infrastructure. In 2018 alone, the government spent 16.5 billion USD in new infrastructure projects to build roads, railroads, and bridges.

With predicted growth in infrastructural spending for the next decade, the Philippines is reducing many bottlenecks seen in its logistical network, allowing for increased shipping capacity and efficiency.

This program is increasing infrastructure spending, attributing to an expected 7% of GDP by the end of the Philippines President, Rodrigo Duterte term.

Before to Duterte’s presidency, infrastructure spending was a mere 2% of GDP, demonstrating the administration’s commitment to economic growth.

“[The} Build, Build, Build Program” will primarily fuel our bounce back plan and will help our economy recover quickly,” – Dominguez

Prior to the pandemic, the government agreed to allocate 24% of its proposed 4.1 trillion pesos ($79.97 billion) budget for 2020 to infrastructure.

The program is currently under review to prioritize the projects that will yield the most significant impact on the economy, such as health and digital infrastructure.

Railroad System in the Philippines

With the improving infrastructure, some of the largest logistical companies in the Philippines will see increased growth. Dole Ocean Cargo Express, one of the largest shipping logistics companies is responsible for the transportation of agricultural goods for its parent company – Dole.

Dole is one of the largest producers of bananas and pineapples globally and has recently purchased 3000 hectares of land in the Philippines. It is estimated to produce over 250,000 metric tons of fruits annually.

Due to the logistical bottlenecks, Dole hasn’t been able to maximize its production in the Philippines.

Increased infrastructural investments in roads and ports in the Phillippines now enable to support of higher capacity of traffic and load, enabling Dole and its shipping department to grow and optimize its production and logistics.

The Booming Agricultural Industry in the Philippines

Serving both locally and internationally, 2Go Group’s customers have a wide range of business needs.

From its leading service of supply chain management to providing ferry services across the Philippines, $2Go is looking to expand its business domestically with stable net income since 2000.

Poor management and rising oil prices in 2019 have hit the company with high costs. Analysts see the potential for growth as the company is now under new leadership and managed to cut its net costs by 70% for the first quarter of 2020.

With continual management and future support from its investors, and with the foreseeable growth in the logistics industry, the 2Go Group could regain its value in the next decade or less.

Shipping logistics in the Southeast Asian country has the potential for growth. With its growing economy and industry, the Philippines can become a major shipping hub in South-east Asia.

Some of the larger existing logistical companies have already been steadily growing throughout the 21st century. 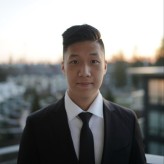