China’s new energy vehicle industry has boomed. These new EV companies include Nio, Li Auto, and XPeng. Could any of these become the “Tesla of Asia”?

According to a Press Conference held in April 2020, the new electric vehicle companies have garnered more favorable policies and technical support from the Chinese government.

The most notable policies are subsidies and tax exemptions for new EV purchases – which stood to expire at the end of this year but will now be extended for another two years.

Another measure the government is rolling out, to support the electric vehicle industry, is a web of charging stations all across China. It is estimated that the investment will reach about 10 billion yuan ($ 1.47 billion) this year, including

Now that we are clear on all the NEVs, BEVs, and PHEVs we can look at sales of these vehicles in the Chinese market.

The China Association of Automobile Manufacturers (CAAM) forecasts that in 2020, a total of 1.1 million New Energy Vehicles will be sold in China (slightly below 1.2 million in 2019).

The rapid growth and sheer magnitude of the Chinese EV market have attracted many companies broken down into these three categories:

Each manufacturer is bringing unique characters to the market, and there’s sufficient market share for all these companies to grow.

However, this begs the question; how do these companies differ and which horse to pick?

To compare the New Brands companies, it makes sense to contrast how they have spent their raised funds and how effectively.

Comparing the capital expenditure to revenue, Li Auto invested heavily in 2019. According to its Prospectus, the major expenses in 2019 came from R&D of $165.114 million, accounting 63% of its total operating expenses.

At the same time, Li Auto’s revenue in 2019 was $40.16 millions of which almost all came vehicle sales. Comparing its CF/CapEx to CapEx/Sales, their funds might be far from adequate.

Unlike Li Auto, Nio was founded in 2014 but IPO’ed on September 14, 2018, providing a relatively longer history in the US market, also raising one billion USD.

2019 was a tough year for Nio due to a series of negative news that came out one after another (i.e., Abandoning the Shanghai factory plan, Recalling ES8, etc.).

Although, Nio has the highest cash flow to capital expenditures – reflecting the company’s ability to acquire long-term assets using free cash flow – it is better than any of the other two.

Considering the huge investment in research and development of new energy vehicles, Nio does have sufficient capital for future operations.

Although XPeng was founded in 2014, they focused on R&D from a very early stage. As the latest EV company going public, XPeng recently raised $1.5 billion in its IPO on August 27, 2020.

No matter if we compare CAPEX/Sales or CF/CAPEX, XPeng always ends in the middle of three companies. However, if we just look at capital expenditure itself, XPeng has the highest number.

According to its Prospectus, its cost of sales and operating expenses was almost the same in 2019. Xpeng has spent heavily on its software system, compared to Nio and Li Auto.

In summary: Nio has sufficient cash flow but holds high expenditures; Li Auto is the hardest to finance but spent its funding most efficiently; XPeng is somewhere in between.

In terms of funds, Li Auto and XPeng could soon fall short and might find themselves required to raise more money.

The factor an investor cares about the most is a company’s profitability. Period.

Profitability is the most important thing, and we’ve seen it too many times in Tesla’s early days, investors who are factoring in immense growth potentials for the future, without the company having much to show for.

Luckily things have turned out well for Telsa, but let’s face it, not every company has an Elon at the front. So, these companies really have something to prove.

For Chinese EV industry, the good news in the first half of 2020 is that the gross profit of most companies are showing great improvements:

Nio finally achieved a positive gross profit in second quarter of 2020 which was because their stock price had a good result. With the increase in its production, Nio will have more room for capital growth.

Although XPeng still has a negative gross profit in the second quarter of this year, the overview of its margin tendency keeps increasing. Therefore, as the new models are launched into the market, its gross profits are estimated to turn positive.

Due to a lack of latest data on Li Auto, we can only see the gross profit margin in March 2020, and December 2019. Comparing these data, Li Auto is leading in terms of profitability over the other two companies, reflecting the result from its cost reduction strategy.

With the current media buzz and sustainability trend we can surely argue that the EV industry could be in a bubble and that an investment in any of these companies would fare relatively well – what we don’t know is for how long. 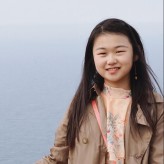 Shiying Yang, a junior equity research analyst who thrives to be a quantitative analyst. She graduated from Drexel University with a dual degree in Finance and Business Analytic. Shiying has found a passion for seeking algorithms and rules behind the various transactions in the capital market. She believes that innovation is the key to economic growth. Shiying is a patient investor who manages a personal portfolio of common stocks, with a heavy weight on technology companies.

Why Africa Needs To Worry About Climate Change And Sustainability Now