Among a hodgepodge of floundering industries, the media and entertainment sector has been sent derailing off-script and plunging into an unknown, unfinished narrative in the wake of the COVID-19 pandemic.

It seems like some depressed screenwriter had some strangely irrepressible urge to make a rerun of the Great Recession. And now it’s debuting on the screen of life.

Abandoned streets, boarded-up buildings, wandering souls…surely here we have a disastrous scene pulled straight out of a dystopian horror film.

It is hardly an understatement to depict the dreadful consequences of COVID lingering over the frail entertainment industry as such.

The unexpected plot twist occurred back in March of 2020, with the introduction of an unlikely antagonist named COVID-19. The narrative has veered off-script since then, with an unending series of twists and turns for the entire entertainment industry.

Approximately 295,000 of the estimated 892,000 directly employed workers in the film and television industry per the Motion Picture Association (MPAA) were rendered jobless according to federal data last February. Employment across the motion picture and sound recording industries dropped from 441,900 in January of 2020 to 257,600* by year-end.

By the end of March, there were zero local productions in progress in Los Angeles. Around the same time, the International Alliance of Theatrical Stage Employees (IATSE) announced that 90% of its members – approximately 120,000 craftspeople, artisans, and technicians – are out of work.

It’s not just film and television that is taking the hit. Among the 200,000 amusement park employees, 100,000 Disney workers are extending the furlough list. Even Disney Chairman Bob Iger forgoing the outstanding portion of his $3 million salary cannot save all these jobs lost.

The pandemic-related shutdown is especially dire for film and television professionals, who are frequently acquainted with the art of stitching together a variety of day jobs to get by. These “side hustles” – often consisting of waiting tables, cashiering, or clerking – help pay down any outstanding bills, or even the expenses of working on and traveling to and from a film set. The logical question then is, how do you pay the bills when there are no longer any tables to wait or stores to cashier at?

“It’s not like I can apply for one of the non-existent jobs out there,” says Fast 9 and The Morning Show production coordinator Mo Stemen. “The only company hiring right now is Domino’s.”

Another problematic feature of the entertainment industry is rooted in the larger-scale macroeconomic phenomenon of shifting towards a gig economy. The nature of the business – which necessitates freelance workers negotiating on a contract-by-contract basis – does not leave much space for unemployment benefits.

Contractual workers – which of course extends to include others such as rideshare drivers – are left with the burden of backtracking through former employers – at times across states to seek tax breaks – to amass some sort of unemployment relief. Many independent contractors explain that it’s hard to plead your case when you’re lumped into this boat.

“I worked in four different states, and when I talked to my accountant, she said to apply for unemployment in every state,” says HBO cinematographer Anka Malatynska. “Monday to Friday, it feels like I’m on this pseudo-apocalyptic vacation, and I’m buried in my computer trying to make backup financial plans.”

Others are straddling the worst of both worlds with insufficient unemployment pay from employers and being ghosted by unemployment agencies – such as guitarist and bassist Marquis Howell, who received a meager $193 per week in the initial two weeks of the shutdown from Disney California Adventure in Anaheim.

The success rate of unemployment and employment applications are likely virtually equivalent now in this industry. In simpler terms, not much is to be found in either.

Entertainment is no longer “recession-proof” – COVID-19 truly does not discriminate; no one – no industry – is immune. After all, the conjecture that “people seek to escape hard times” no longer converts to cash revenues for entertainment when these same people can no longer pay their bills. As actor Mac Brandt put it: “If I paid all my bills, I wouldn’t have money for groceries.”

There’s a further spillover effect into the fashion industry. Fifteen Oscar placements translate into many independent showrooms being sent out of business. Other designers grapple with building global brand awareness without the traditional red carpet.

Just think about the film festivals – another close companion industry – in essence, the conduit for filmmakers to lock in big distribution deals. Major festival films such as Sundance features can generate over $4.65 billion in aggregate financial investment. While online and in-person festivals alike are nevertheless being planned and set up this year, one can imagine the difficulty associated with pitching your project while under new compliance constraints. Some companies, alongside multiple professional guilds and unions, have started relief funds to support laid-off creatives in the industry, with Netflix, SAG-AFTRA, and PGA among them.

While the funds have brought some relief to several creatives put out of work, many still struggle to stay afloat financially and continue to be plagued by the torment of going back to work one day then having no place to return to the next. Indeed, psychological relief is the hardest to snatch of all at present.

*Preliminary data as per the US Bureau of Labour Statistics (BLS).

Rescripted: Back on (a whack) track

After months of flailing around in economic and creative deprivation, entertainment is back on track – albeit on a much different trajectory. Los Angeles County delivered the highly anticipated happy news of officially resuming film production in the region beginning June 12, 2020 – but it came at a price.

Productions bold enough to take on the pandemic alongside its associated risks are bombarded with a mélange of obnoxious measures.

Imagine making the risky trek to attend performances while maintaining the 6-ft distancing mark, only to be greeted by masked performers on stage. Directors must double in directing both actors and one-way traffic flow on location. Time for talent to be their own HMU and wardrobe stylists on top of learning lines. And of course, no more shared communal coffee pots and buffet banquets after wrapping. One has to merely hope all the daily temperature checks, routine virus testing, and extra responsibilities won’t be negatively impacting the performance of the cast and crew.

The same goes for the logistical difficulties related to being held up at the entrance while waiting for a COVID-compliance clearance. This extra wait time doesn’t just mean grumpy workers, but also additional shoot days that blow up budgets. By blowing up, we’re talking about a, say, $3 million figure tacked on to production costs due to 27,000 COVID tests, if you’re working on the set of Jurassic Park: Dominion. Universal pushed back the release from this summer to 10 June 2022 despite having resumed shooting on 6 July 2020 after positive tests necessitated a two-week pause.

And of course – proper sanitization of the set – by a certified company – drives up the budget even more. Personal protection equipment (PPE) and infection prevention equipment are among the list of must-haves.

The new plot twists are about to intensify.

Independent filmmakers and smaller studios – a backbone of the industry – are somewhat discriminated by these new pricey protocols. Not every production crew can rent out an entire hotel to maintain a “quarantine bubble,” as Universal has had the luxury to do for Jurassic Park: Dominion.

This June 12 rescripting is embedded with issues elsewhere. While it is promising that FilmLA has been issuing more film permits in the last quarter of 2020, it is in parallel becoming ever more apparent that not all the department heads and production coordinators are on the same page – of the script, literally.

Since unions and AMPTP – the trade association representing major studios – have been negotiating return-to-work agreements up until mid-September, producers are left juggling the June 1 white paper and a “Safe Way Forward” report in attempts to push production onwards. And the fact that these two documents were put together by members from a variety of industry guilds is glaringly reflected in the spectacle of different projects from all the major studios being parked along each stage of production. Add the cherry on top of varying implementation tactics enforced to differing extents – and you’ve got what Pinewood Atlantic president Frank Patterson aptly calls “the wild, Wild West.”

Beyond budget blow-ups and time lost, there are also privacy issues associated with filling out questionnaires with medical information for routine testing.

Many professionals are bracing themselves for the disastrous denouement of a tragic dystopian film: perhaps the industry will never fully recover back to its original state.

In this apocalyptic world, perhaps no Superman or Hercules is coming to the rescue.

There seems to be a substantive basis in fearing that many of these temporary developments may turn out to be an unhealthy recourse down the road.

One such fear entrenching the industry arises from learning to function effectively with skeleton crews: this adaptation may mark a permanent shift in production operations. If the production can run smoothly with just a director of photography, first assistant camera, best boy, and grip in the lighting department, why bother with the cinematographer, second assistant camera, camera operator, dolly grip, and steadicam operator?

Tara Swennen, a stylist with a clientele comprising Matthew McConaughey, Kristen Stewart, and Allison Janney, laments over being cut out of the process with the conversion towards Zoom press tours. She fears that this temporary adaptation may mark a long-lasting transition in the field, should studios come to appreciate the cost-efficiency of limiting a number of positions, including her own.

Industry professionals may be willing to work for less out of desperation for employment, driving up job competitiveness and ultimately exacerbating harsh working conditions. Neoclassical economics can fill in the story as to how an oversupply of labor leads to a decrease in wages and inevitably the bargaining power of workers.

Au contraire to the dystopian vision, However, more independent projects may be getting picked up by the more established commercial community (i.e., Hollywood), despite the desperation for content and continuous delayed major studio productions. In financial terms, this is similar to a private company undergoing the IPO process to go public – if you make it, you can make it big; if you don’t, you return home empty-handed.

To throw in one more plot twist, – which sure may not be the last – Deloitte’s 2021 outlook report demonstrates some sectors of the industry growing at the expense of others. 48% of domestic consumers turned to video games since the start of the pandemic, fuelling the global video game industry towards $159 billion. At the same time, 12% of consumers subscribed to a music-streaming service – returning a 49% compound annual growth rate for the industry between 2015 and 2019. Such trends pose serious customer retention problems for the already-flustered film/TV and theatre sectors.

This is one narrative that is surely spiraling out of control.

And it’s a narrative that unfortunately no screenwriter could put an end to.

The longer we live in this apocalyptic era, the worse the outlook will be for the greatly-bruised entertainment industry: even a full economic recovery may not necessarily implicate restoring its creative vigor.

For now, entertainment will have to ditch its lines and trek along this uncharted course, along with the rest of us…unscripted. 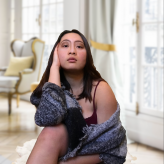 Tiffany joined IBR out of her passion for finance and creating magic with words. With a performing arts background, entrepreneurial spirit, and her love/hate relationship with accounting, Tiffany seeks to bridge the incompatible – hence her being an “auditor/actress combo.” Creativity is where she dwells, philosophising is her homeostasis, but curiosity is what conceived the cat – a very creative one. She finds amusement in being on set or on ice, composing music she can’t even play, confusing people with Cyrillic and German sixth chords, and prefers to operate on constant system-overload.

Luckin Coffee (OTC: LKNCY) Sliding Into the Can: Filing for Bankruptcy

Sundial Stock Price is Going Wild, Up 62% During Wednesday's Trading