Mark Zuckerberg and facebook advertising boycott has made headlines recently due to failure of stopping the spread of hate speech and misinformation on his platform, giving aid to false narratives in news.

These grounds of this neglect are not grandiose claims that Facebook (NYSE: $FB) is unfamiliar to, as many have questioned Facebook’s morality in situations such as these.

This is shown in recent lawsuits such as a $550 million dollar payout lawsuit over its incorrect use of facial recognition technology, or the Cambridge Analytica Scandal breaching private information of potentially over 87 million users on the app.

Situations such as these do not give users confidence in Facebook doing the right thing on their own.

Adding to their checkered past, the political climate we are living in with Covid-19 fears skyrocketing in response to a second wave of the virus, and the murder of George Floyd weighing heavy on the hearts of many, advertisers feel uneasy supporting Facebook and their inability to stop the spread of misinformation.

This has created a perfect storm of sorts with temporary boycotts from major advertisers such as Verizon, Honda, and the Coca-Cola Company on the Facebook platform. More than anything this is a message from advertisers to Zuckerberg to get a grip on the content he allows on his platform.

What makes Facebook so unique in these situations is that Zuckerberg has complete voting control over the company, meaning shareholders are unable to vote him out of his position in turbulent times such as these. This leaves the future of Facebook relying solely on Zuckerberg’s shoulders.

After his past run-ins with controversy, will this be any different from years past?

The simple answer, no.

What Does This Mean For Shareholders?

At first, the company took a strong stance saying they will not change their view on this issue. This was because Facebook believed it will have little to no impact on their revenue in the grand scheme of things and the advertisers will come running back in due time.

While the advertising boycott would only affect about 5% of Facebook’s revenue for the year, shareholders were not happy with these dismissive statements on the matter.

This was met with $60 billion in market value erased in just a mere 2 days.

After this massive financial hit, Zuckerberg started to take the advertising boycott more seriously. It is clear Zuckerberg had underestimated the power of his shareholders, as they will not tolerate this behavior from Facebook moving forward.

Although the response was fairly vague, this reversal from their former standing on the issue was enough to spark a rise in $FB once again. Shareholders seem to have an underlying confidence in Facebook to make a comeback to where they once were, and just wanted a positive response from Zuckerberg.

Internet Bull Report feels that Zuckerberg has no other choice but to fight back with a strong response to the facebook advertisement boycott as it has had a drastic impact on company profits due to shareholder sentiments on hate speech and the spread of misinformation.

Facebook will be able to rally back to normal as we have seen in past years.

Although this is currently the case as Facebook is seeing record numbers in their stock price, we do see the stock as a very volatile one. Still, it is important to note that the facebook advertisement boycott is not the only headwind the company is facing – as it has several ongoing lawsuits which are ticking bombs waiting to unravel.

Key resistance is hovering at around $241, and we may see a sell-out that will drive the price down. 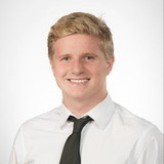