With a divided market sentiment into the upcoming release of the long expected PlayStation and Xbox consoles, it is game-on for GameStop (NYSE: $GME).

The imminent releases of Sony’s PlayStation and Microsoft’s Xbox promise optimistic outcomes for both of these companies. Another approach would be to strategically look for a business that would benefit from the launch of both of the consoles regardless of which competitor ’emerges victorious’.

GameStop is one such company.

It is an American video game, consumer electronics, and gaming merchandise retailer. Current reports indicate optimism for the sales of Sony’s PlayStation but Microsoft’s Xbox sees a slight drop in forecasted sales.

Microsoft’s (NASDAQ: $MSFT) last full year profit was 13% higher than the previous period at $44.3 billion. Its Xbox division only accounted for 9% of its sales.

By contrast, Sony’s (NYSE: $SNE) net profit contracted by 36% to $5.4 billion. And it is more dependent on its PlayStation unit, which generated 24% of its sales.

The PlayStation 4 has outsold the Xbox One by a healthy margin.

Perhaps the dependancy on the revenues from the console division holds the key to continuous innovation leading to larger market share. The gaming division is significantly more integrated in SONY’s revenue streams than Microsoft’s is. While Microsoft has much larger pockets than SONY to finance its division.

Now, this rivalry will be settled in the marketplace, the good old fashioned way.

For this reason it would cunning to add a company like $GME to one’s portfolio to ride both horses and enjoy the second lockdown-gaming-frenzy.

The recent multi-year partnership between $GME and $MSFT also speaks to the merit thereof. GameStop will have all their stores upgraded with the new Xbox, at no up-front cost, in turn for offering an “Xbox All Access” bundle with a two-year digital subscription in all their stores.

On top of that, Microsoft will roll out software and tablets in all GameStop stores, and do an entire overhaul of their e-commerce. Quite a sweet deal for GameStop.

The partnership was also very well received by the market, surging 44%, on October 8th.

Those are some of the guns that SONY can’t pull out in this duel, why they seem to have chosen to focus intensely on the product it self.

The nature of businesses are changing, shopping online has become preferable to in-store shopping not only due to COVID-19 safety measures but also because the technology gives console users the ability to simply download and stream games and content.

GameStop is one of the few remaining brick-and-mortar gaming retailers that have survived by having built a cult-like following and turned their stores into an experiential store and an immersive community. This year they began intensifying their digitalisation.

It’s a dying breed, but may be well worth holding for the short-term.

A good example of a digital turn-around is the Tencent Group (HK: $0700) that now has 58.9% of their revenue coming from online gaming. Their business model involves building synergies between the different industries it has stakes in.

A major portion of their revenue arising from online sales indicates that similar partnerships like that of $MSFT and $GME can forecast growth in mutual businesses.

The factor of online shopping is important to consider because once the initial wave of hardware has been sold, $GME will have to rely on online sales of games and their partnership with $MSFT will help a great deal in this regard. There arises the potential for more exclusive contracts and increased sales for $GME in the future.

Recently, Ryan Cohen, an entrepreneur who founded chewy.com, acquired a 10% stake of $GME. He is a reputed authority in online businesses and his influence may prove beneficial in the long run because the nature of his past business is exactly where $GME aims to focus on to improve business prospects.

Cohen stated that his intent for GameStop is to compete with Amazon, but with games.

$GME’s past performance can be characterized as mediocre and its lack of potential for immense growth in the past could be a matter of concern.

But with its upcoming adoption of more online business, it could break the trend and this business could provide a strong sales base and yield dividends in the near future.

Even though changes in the technological capabilities mean $GME will lose in-store business but the new partnership with Microsoft should boost sales for the mid to long term, grabbing a larger proportion of the online market.

GameStop is also set for a large boost in sales with the launch of the new console generation in November.

These factors combined with the influence of suitable investors like Mr. Cohen, to guide and develop an online business, the outlook of $GME looks optimistic.

This is not a buy-and-forget situation.

Get in now and enjoy the ride, then look for a safe exit once the hype fades. 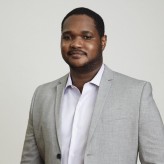