There are many views on the controversial yet very successful Chinese high tech company, Tencent Group. Interestingly, a recent article pointed out that Tencent’s business strategy is centered on the internet traffic behind its social media.

A fundamental part of Tencent’s business model is constructing the connections between the data flow and different industries it has stakes in or at least potentially looked into, such as the game, music, cultural and creative industries.

The Tencent Group (HKG: $0700) has developed a good understanding of the consumer behaviour in the Chinese digital market after years of dominating the market – and also refined a rather unique business model.

From the revenue distribution of Tencent in recent years, we see an incredible increase in FinTech and business services from 2018. Although the decrease in value-added is significant, the segment still made the largest proportion in its income.

How Did Tencent Attain the Profits From Value-Added Services, and What Happened in 2018?

The two largest social media properties of Tencent Holdings: Wechat and QQ, are brilliant channels providing huge data flows to potential industries, not only through means of advertising.

Meanwhile, Alibaba Group (NYSE: $BABA) was the largest mobile payment company in the world with a group of loyal customers who strongly favour Alipay as an intelligent and convenient payment method. Besides the stickiness in consumers paying habits, Alipay was tied tightly with Taobao, the “Joker” under Alibaba Group, also the largest E-commerce platform in China.

It seems like no company could threaten the position of Alibaba in the mobile payment market. However, Wechat spent 7 days at the beginning of 2014 that made 8 million customers start to open and use Wechat Pay actively. The turning point was the function of snatching red pockets developed by Wechat.

It was the time for the Chinese new year and people gave out red pockets as a tradition. What happened was the senior members in family/company group chat used this new function to put a red pocket with a limited number of lucky money. Everyone in the group chat snatched their red pocket and soon the Wechat Pay became such a heat that Jack Ma, the former executive chairman of Alibaba Group bantered it as “Attack on Pearl Harbour”.

The “Pearl Harbour” event reflected on how Wechat made its own way to new industries by taking advantage of the internet traffic behind its social media platforms.

With its share in the mobile payment market, Wechat opened up its E-commerce platform successfully.

Their strategy was clear: Increase consumer engagement in social media. Whether it was through Wechat Red Pockets, subscriptions of official accounts, Wechat Moments, Wechat Readings, Mini Programmes, or music. Eventually the company could reap the profits from games, advertising and finance.

The incredible way of transferring data flows to profits from different industries was the key to success. As the company got bigger and bigger, it started acquiring and investing in vertically integration.

From the online-video sharing platform Bilibili (NASDAQ: $BILI), online food delivery company Meituan, ride-hailing company Didi, to live streaming platform Kuaishou, we all see the shadow of Tencent behind them. Of course, Tencent’s position in the digital market of China cannot be set apart from the help of the government.

Conquest Towards Conquering the Gaming Industry

Recently, Tencent Holdings purchased a 20% stake in Marvelous, a Japanese game publisher. After becoming one of the heads in Chinese digital market, Tencent started purchasing a long list of stakes of game companies overseas along with enhancing its position in domestic social media and game industries.

Although the quality of its games and originality often experience storms of criticism, it has become the largest video companies in the world (without one of). The Tencent Group has the highest revenue in the gaming industry.

Astonishingly, Tencent has higher income from gaming than globally well-known gaming companies, Sony and Nintendo. Tencent rarely develop games from beginning, majority of its income came from investing and acquiring the biggest game makers in the world.

The online games contributed 58.9% of the revenue with 104 billion yuan.

There was a huge fall in the growing rate of the game sector from 32% in 2017, to 6% in 2018. The loss of the profit was thought to be attributed to the going downtrend of the supply and development of games in China. And a lot of criticism around how Tencent had impacted the whole industry in a bad way.

The Wegame platform of Tencent offers the profit sharing ratio of 3:7 between Wegame and game producers. The ratio is the same with Steam by Valve. However, in a recent article written by a Chinese game producer, back to 2012, the previous platform developed by Tencent set a ratio of 1:9, with 1 for game producers and 9 for Tencent.

As Tencent was one the few platforms available in the industry, the unreasonable pricing strategy made many small game producing teams unable to survive and left the market gradually.

Finally with all the domestic competitors leaving the market, Tencent started catching up with the international trend of pricing strategy. It is suggested that the deterioration of the game industry was led by Tencent itself.

This was not the only criticism that suspected Tencent of having violated the Antimonopoly Law and the Unfair Competition Law. Tencent was also found blocking or limiting the exposure of companies who are competitors in industries that Tencent had stakes in.

The importance of exposure on social media made the business empire always keep worrying about the uncertainty in future.

The middle of the spider web is the internet traffic.

Even the hottest games today may lose all the market value in a few years.

What if Wechat and QQ no longer get enough attention?

What if people spent more time on other applications than Wechat?

After seeing the tremendous growth in Tiktok these days, we understand Tencent’s worry did not come from nowhere.

The disappointing behaviour in the game industry and the worry of losing the roadmap in the market made up Tencent’s decision in restructuring. Tencent increased its effort in the fintech and business service section in 2018.

To be more precise, Tencent endeavoured to explore a new road industrial internet. The approach was also reflected from their recruiting policies and preferences. The industrial internet has always been a relatively blank page in Chinese market. It was under developed and yet developed too late compared with the B2B companies in Western countries.

Both Tencent and Alibaba approached the B2B strategies by offering digitizing solutions to companies and they all focused on cloud services, AI, office softwares. It was evaluated that from the scale of the business and experiences, Alibaba had unique advantages over Tencent. The situation of the new approach is not clear yet and clearly no matter Alibaba or Tencent, China still has a long way to go in the industrial internet and B2B technologies. 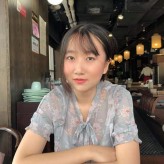 Yibu is a second year student doing Economics at Durham University. During her first year, she had an internship in an accounting firm based in Beijing, China. Working with a professional team, she assisted an IPO audit project of a firm with a market value of 100 million dollars. She has professional working proficiency in both Mandarin and Japanese language, with a strong interest in Asia-Pacific Economics. In her spare time, Yibu enjoys playing the piano and chess. She is also motivated by reading and writing literature and screenplays.

Sunshine After the Rain: Consumer Confidence and the Economy