Buffett recently acquired around 5% of each of the five largest Sogo Shoshas in Japan. His investment, though small relative to Berkshire’s $140bn mound of cash, was its biggest outside America.

With the recent addition of Itochu, Marubeni, Mitsubishi, Mitsui, and Sumitomo to his portfolio, Buffett seems to see something different in these companies than the average investor.

The Japanese Sogo Shoshas have long been a focal point of criticism by foreign investors, claiming that the style of Japanese management is suffering from running too many “old economies” and not sufficiently focusing on its shareholders.

Sogo Shoshas, or “general trading companies”, are Japanese conglomerates that invest and trade within many different industries and foreign business fields. These trading companies have acquired everything from large textile companies to the renowned Pebble Beach golf course in California.

In terms of specialization, Sogo Shoshas have none, and they are looking to expand their control to areas beyond simple retail businesses.

The waves of criticism against these Japanese trading companies haven’t gone unwarranted.

The trading companies were shaped by history, which dates back to the 19th-century zaibatsu and post-war keiretsu system of corporate loyalties and cross-shareholdings.

Japanese management systems during the 1900s highlighted the idea of seniority – while performance within a firm was secondary. This system thrived throughout the mid 20th century but began to crumble after the Japanese economic bubble burst during the 1990s.

This economic disaster spelled the beginning of a shift towards a more modern reward-system based on performance instead of the length of face-time or seniority. It is a gradual shift that Japanese companies, including Sogo Shoshas, are implementing.

On top of criticized management systems, Sogo Shoshas have been amongst the hardest hit by the pandemic. Many Japanese trading houses own retail companies that have suffered from low demand since March 2020.

Marubeni (TYO: 8002), one of the five giant trading houses, recorded net losses up to ¥197.4 billion, the largest loss in the company’s history. Sumitomo (TYO: 8053) also warns investors of its largest loss recorded in the current fiscal year.

So what did Buffett see beyond the bleeding revenues and notorious reputation?

It could seem like Buffet was shopping for free-cash-flows, following the recipe of going through all the world’s listed companies and excluding those trading at a premium to book value, those that have free cash flow yields of less than 10%, and those that aren’t generating at least $2 billion in free cash a year.

Looking at the “search result”, the five Sogo Shoshas rank among the top-12 companies to qualify.
No wonder.

Since the drop in stock prices and demand during March 2020, many of the largest Sogo Shoshas have recovered.

This can largely be attributed to the assistance of the Japanese stimulus package earlier this year, considered to be the world’s largest package of ¥234 trillion. It doesn’t stop there. Japan is planning on pushing out another stimulus package by the end of the year, which will further spur demand and help these trading companies.

While Sogo Shoshas have been criticized for their role in “old economies” like retail and textile, they are no strangers to change.

The myth that Sogo Shoshas are stuck in an old era is simply not true. They are currently also working towards investing in a sustainable future.

With Buffett’s helping hand, these Japanese companies may prove to be heading in a positive direction towards gaining the trust of other foreign investors. Under one of the world’s most distinguished investors, these Sogo Shoshas may be able to overcome managerial problems that have plagued Japanese companies in the past.

In fact, this could become a symbiotic relationship that can benefit US companies as well.

US companies are not as advanced in the renewable energy industries relative to the rest of the world, while Japan’s perfected technologies and knowledge will be invaluable for the American companies’ further development.

All in all, Sogo Shoshas are up and coming as a group of conglomerates that have to potential to gradually become big players in the global economy.

These Japanese trading companies have already dipped their toes into various industries as an attempt to diversify their portfolios and to survive within an era of new technologies. One thing that Japan does not lack is capital, which gives them the power to continue acquiring companies.

With Buffett’s newfound role in Japanese Sogo Shoshas, they seem to be on a promising trajectory for the coming decade. 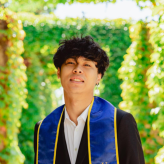 Acasti Pharma Inc. (NASDAQ: $ACST) Is Committed To The End