Pinwheel is the first ever API built for payroll systems.

Pinwheel was started by Kurt Lin, Anish Basu, and Curtis Lee, ambitious innovators who have a history of startup breakthroughs in valet service development and mobile gaming.

Off of the heels of success from the valet app, Luxe, co-founder Curtis Lee was ready to innovate, this time within the ever expanding fintech space.

Payroll systems take direct deposits of income and allow users to split and send their check however they choose. Payroll systems are used by employers, in compliance with the W-4 standard tax form for recognition of employees, to distribute payment to workers and the income withheld by taxes.

These systems are important for a variety of reasons:

Payroll services provide such robust infrastructure for employers, but from the perspective of employees, withdrawing funds from a payroll system is a safer alternative to predatory financial products such as debit cards.

Payroll services occupied a share of 14.76% of the Human Capital Management Applications market in 2018.

The immobility of payroll systems in combination with other financial service delivery systems may have stilted returns for its market. It is projected that the Payroll Systems market will have a 1.2% CAGR; this is well below the Human Capital Management CAGR of 2.6% and would dwindle its market share to 13.8%.

This slump in Platform Systems growth is in relation to their pitfalls.

These platforms are not fully realized, as they are not connected to banks, lending services, and financial institutions that can assess and use the financial data.

Pinwheel remedies this solution by bridging the gap between payroll accounts and bank access, giving users access to cheaper and more manageable financial products that don’t perpetuate the cycle of debt.

Pinwheel acts by providing an API (Application Programming Interface) and SDKs (Software Development Kits) that allow for a user to connect an existing payroll system with the financial institution app of their choice.

With a pipeline between payroll accounts and financial applications, the possibilities of Pinwheel are endless. However, there are three immediate cases where Pinwheel becomes most useful:

Pinwheel can be accessed by developers using a few lines of code, which will integrate the platform with the financial services app of their choice.

Pinwheel has already been met with initial success with around $7 million in seed-funding from venture capital groups including First Round Capital and Wonder Ventures.

Investors, like Josh Kopelman of First Round Capital, have remarked on the efficacy of Pinwheel stating:

“You take what would happen in four weeks and [Pinwheel] turns it into four minutes,”.

Pinwheel has tremendous potential for widespread use among consumers, as evidenced by its business model and venture capital investor optimism. 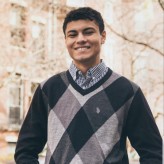 The Index Fund Bubble - Should You Be Worried?