With governments pumping out more money into the economy, this could lead to very high rates of inflation. On the other hand, the massive shock in demand created by the lockdowns can potentially create deflation.  So what will it be?

To counteract the current crisis, the focus has been to rapidly expand money and credit. However, this brings concern to the inevitable outcome of overstimulating the economy leading to demand-pull inflation. Demand-pull inflation is the increasing pressure on the prices of goods and services whilst battling low supply.

Economists describe it as “too many dollars chasing too few goods.”

Governments have been spending more and more money in the past few months. In the case of the American government, the state has even been writing cheques directly to citizens. Central banks have also been printing more money to stimulate the economy.

On March 15, the Federal Reserve System of the United States launched a $7 billion quantitative easing (QE) program and cut the rates down to zero. In addition, the US Government purchased $500 billion of Treasury bills and $200 billion of agency-backed mortgage securities.

Suggestive of the 2008 recession, the government has instigated the QE to help revive the economy, but at a higher resolution. The Fed has increased its balance sheet significantly despite the growing summit of debt. This is a clear sign that rates of inflation will increase, but not according to past economic events.

Many analysts thought that the outcome of the 2008 financial crisis would result in high rates of inflation. With an increase in the money supply, consumers would be able to purchase more products with more money. This would lead to a positive demand shock increasing prices.

But that never happened.

In fact, after the events of the 2008 recession, the Fed was struggling to keep the rate at its 2% target, leading to deflation.

So why was there a post-recession deflation instead of inflation after the 2008 financial crisis?

One reason for this is despite an increase in money supply banks, investors, and consumers never spent their money. This is known as the Liquidity Trap.

A liquidity trap is when there is an increase in money supply, but banks or investors hoard the money instead of spending it. This leads to a decrease in the amount of money used to purchase goods and services over a certain period of time. This affects a concept known as the velocity of the money supply.

Many economists argue that with this insight, coupled with the negative demand shock due to the lockdowns, deflation is a more likely post-pandemic outcome. What makes this particularly likely is a concept known as a deflationary spiral.

The American economy has seen the unemployment rate rise to record highs of 14.7% as of April 2020.

With growing numbers in unemployment and cuts in wages, consumers will have less incentive to purchase goods and services. With lower demand, prices will fall and result in lower profits. Companies, particularly those with too much borrowing or leverage, will face bankruptcy. Bankruptcy leads to more unemployment, starting the cycle again. This is known as the deflationary spiral.

Consumers will also have a greater reason not to purchase products due to the downfall in prices. For example, a car will be less expensive in the following months due to falling prices. Consumers would avoid purchasing the car sooner, only to buy it in the near future, estimating the price to be even lower.

Car suppliers will see this as a negative demand shock decreasing the price for the car even further. This leads to even greater deflation.

The pandemic has created an unsolvable question for all to answer — if there will be post-pandemic inflation or deflation. But past economic and financial crises can help piece the puzzle together.

The current events of the COVID-19 crisis have never been seen or anticipated before.

Due to the pandemic and despite the aftermath of the 2008 financial crisis, it is more likely that consumers and investors now will spend their money instead of hoarding it.

This incentive will not bring deflation, but high rates of inflation as consumers spend more money on home delivery, refurbishing homes, at-home entertainment/media subscription platforms, hoarding supplies to last the lengthy lockdowns and gambling on the stock market. 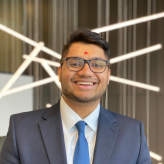 Harsh is currently studying business administration at the Lazaridis School of Business and Economics in Waterloo, Canada, with a primary focus on entrepreneurship and marketing. During his undergraduate studies, Harsh’s entrepreneurial spirit was put to test when he developed Rain2Shine, a technologically advanced company, purposed to collect rainwater. This idea was pitched at a venture capital competition sponsored by PepsiCo, where Harsh landed a seat in the semi-finals. Through many of his undergraduate courses, Harsh polished his literacy skills through modern views and political topics. His work provides insight into the ideologies of liberal individualism and the purposeless development of nuclear arsenals in a post-Cold War world. When he is not occupied with researching and writing, he enjoys playing basketball, spending time in the kitchen cooking, and learning Sanskrit.

The Future Of Tik Tok - Where Technology Meets Politics