Stabilizing repurchase rates suggest that the Canadian economy has survived the worst of the COVID-19 pandemic and is now positioned for future growth.

On June 3rd, the Bank of Canada (BoC) announced it will maintain its overnight repo rate target at an effective lower bound of 0.25%.

This implies that efforts to stimulate and recover the Canadian economy are having their intended effects.

The decision to maintain repo rates were a result of noticeable improvements within the Canadian economy. This was observed in rising commodity prices, which reflect an increase in consumer spending and disposable income, and significant improvements in short term funding.

What are Repurchase Agreements and Repurchase Rates and why do they matter?

A repurchase agreement, or repo agreement, is a form of short term lending where banks lend cash to other institutions in return for government securities.

Borrowers promise to repurchase their government securities with an applied interest rate, referred to as a repo rate, at a later date. Typically within one day.

Repo rates are monitored by central banks as means to control the amount of money which flows through the monetary system.

This in turn affects consumer loans, as the rate at which bank’s are willing to lend money depends on the interest rates they must pay to maintain their cash balances. Changes in repo rates further impact consumer buying power and body yields.

Moreover, this can affect the valuation of a firm, as cash flows will be discounted at a rate which takes into account current repo rates.

Considering the Bank of Canada has maintained its repo rate and has noted improvements in financial conditions and consumer spending, the economy has held up well in light of recent events.

The Canadian economy is now on the brink of expansion, suggesting the worst of the COVID-19 pandemic effects on the economy have subsided. ?

Bank of Canada maintains target for the overnight rate, scales back some market operations as financial conditions improve

The Bank of Canada today maintained its target for the overnight rate at the effective lower bound of ¼ percent. The Bank Rate is correspondingly ½ percent and the deposit rate is ¼ percent.

Incoming data confirm the severe impact of the COVID-19 pandemic on the global economy. This impact appears to have peaked, although uncertainty about how the recovery will unfold remains high. Massive policy responses in advanced economies have helped to replace lost income and cushion the effect of economic shutdowns. Financial conditions have improved, and commodity prices have risen in recent weeks after falling sharply earlier this year. Because different countries’ containment measures will be lifted at different times, the global recovery likely will be protracted and uneven.

In Canada, the pandemic has led to historic losses in output and jobs. Still, the Canadian economy appears to have avoided the most severe scenario presented in the Bank’s April Monetary Policy Report (MPR). The level of real GDP in the first quarter was 2.1 percent lower than in the fourth quarter of 2019. This GDP reading is in the middle of the Bank’s April monitoring range and reflects the combined impact of falling oil prices and widespread shutdowns. The level of real GDP in the second quarter will likely show a further decline of 10-20 percent, as continued shutdowns and sharply lower investment in the energy sector take a further toll on output. Decisive and targeted fiscal actions, combined with lower interest rates, are buffering the impact of the shutdown on disposable income and helping to lay the foundation for economic recovery. While the outlook for the second half of 2020 and beyond remains heavily clouded, the Bank expects the economy to resume growth in the third quarter.

CPI inflation has decreased to near zero, as anticipated in the April MPR, mainly due to lower prices for gasoline. The Bank expects temporary factors to keep CPI inflation below the target band in the near term. The Bank’s core measures of inflation have drifted down, although by much less than the CPI, and are now between 1.6 and 2 percent.

The Bank’s programs to improve market function are having their intended effect. After significant strains in March, short-term funding conditions have improved. Therefore, the Bank is reducing the frequency of its term repo operations to once per week, and its program to purchase bankers’ acceptances to bi-weekly operations. The Bank stands ready to adjust these programs if market conditions warrant. Meanwhile, its other programs to purchase federal, provincial, and corporate debt are continuing at their present frequency and scope.

As market function improves and containment restrictions ease, the Bank’s focus will shift to supporting the resumption of growth in output and employment. The Bank maintains its commitment to continue large-scale asset purchases until the economic recovery is well underway. Any further policy actions would be calibrated to provide the necessary degree of monetary policy accommodation required to achieve the inflation target. 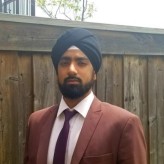 Why Hertz’s Possibly Worthless Stock is Soaring – Is the Bankruptcy 'Cancelled'?

The Future of Shipping Logistics in South and Southeast Asia