It seems that the automotive industry has taken a crucial turn in terms of public and retail investor interest – and could perhaps see the beginning of a transition into the future of automobiles. This clearly reflects in the share prices.

Companies throughout the automotive industry, such as BMW, Chevrolet, and Toyota, have been jumping on the electric powered bandwagon to catch up with the trend.

Although the electric automobile industry is on the rise it is important to consider the significant issues that have been haunting these battery powered machines.

The battery of an electric vehicle is a key component in its ability to perform.

Tesla Motors has been having issues with the possible combustion of their power sources, and the company even admitted they distributed vehicles that have the capability of random combustion.

The engineers for the electric automotive industry have been endlessly trying to perfect the batteries in their machines and have been making some progress.

Companies such as Panasonic (OTCMKTS: PCRFY) and Contemporary Amperex Technology Ltd. (CATL) (SHE: $300750) have been aiding Tesla in their pursuits of a perfect battery and are their current suppliers.

CEO of CATL claims to have produced a battery back in June of 2020 that would last whooping 16 years and could drive over a million miles.

If the information is true and the battery can be produced in a cost effective manner it will be a nightmare for gasoline powered automobile producers.

Typical motor engines could become obsolete and a thing of the past.

The environment is a revolving concern of most of the population, therefore, witnessing the automobile industry transfer over to cleaner energy sources is a sign the world is moving in the right direction towards the planet’s health.

However, the reliability and performance of CATL’s batteries are not even close to a guarantee as there has been very little long term testing of these new power sources.

Additionally Tesla has been having issues with their transmissions and battery upgrades as they are still perfecting their vehicle design and power source.

Tesla’s automobiles still have an uncertain future, but it is interesting to take a look at the new advances in technology their vehicles have displayed. The company has made great accomplishments in terms of speed of their automobiles.

The most recently addition to the Tesla’s fleet of futuristics electric vehicles is the  Cybertruck. This chubby mars rover pulls 0-60 MPH in an astonishing 2.9 seconds.

To put it into perspective, the 2020 Chevrolet Corvette completed its 0-60 MPH in 2.8 seconds.

While Tesla Motors has showered in the public attention, they are far from the sole producer of electric automobiles.

Nikola Motors is another up and coming producer of electric automobiles.

They were founded in 2014 and put a little twist of their own on what powers their machines. Nikola Corporation has vehicles in their lineup powered by electricity, like Tesla, but can also be powered by hydrogen fuel cell engines.

This is the same technology used in some space crafts.

Fuel cell electric vehicles are especially interesting because they produce water vapor as a byproduct rather than carbon monoxide produced by typical gasoline powered engines.

The fuel cell engine is powered by the removal of electrons from hydrogen atoms.

The technology is extremely new for the automotive industry and therefore there are very few producers of these types of engines.

ElectraMeccanica is another new electric car producer founded in 2015.

Based in Canada, their automobiles also have an interesting design as they are single passenger and only have three tires.

Household names in the automotive industry have also taken an interest in the production of electric cars. For example, GMC is planning a return of their former giant gas guzzler, but this time things are going to be a little different.

GMC will be releasing the 2022 Hummer, and the giant truck will run solely on electricity.

Electric powered passenger vehicles are not the only new wave from within the automotive industry. Google is currently using self driving trucks, made by Waymo, within their factories and distribution centers.

It is likely that these trucks will one day replace the need for truckers who carry cargo across long distances.

While there could be dangers of not having a human behind the wheel of these large vehicles, the advantage of swifter and smoother supply chain management could quickly outweigh the risks.

This technology may be closer to completion than society thinks.

The Waymo automobile has driven five million miles on public roads and an additional billion miles in simulations.

Advances in this kind of technology are virtually limitless and it will be interesting to see what new inventions great minds bring to the automotive industry.

From an investment perspective, all of the companies mentioned have the capability of producing significant returns in the coming years. But, it is also possible they take severe losses due to the unpredictable future of power sources, reliability and regulation.

Tesla’s stock price is up 360% since January 2020, proving resilient to the economic conditions brought on by the global pandemic. Yet edging more over towards the cult-mania of the resort in retail investing.

Not only does Tesla come with a brilliant genius as Elon Musk but it also comes with a few exploding batteries, a handful of lawsuits and a though regulatory battle to fight.

IBR is closely monitoring this spectacular evolvement of a fascinating industry – but would prefer to sit this one out, cheer for the contesters and enjoy the show. 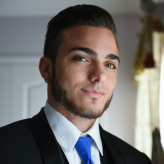