In recent years, Index Funds have become very popular with investors. In a little over a decade, global assets have jumped from $2.4 trillion to over $11 trillion at the start of 2020.

Analysts at Bank of America estimate that by 2030, the ETF market will hit $50 trillion.

If the analysts are correct, this colossal number will have significant effects on the stock market and should concern investors.

Why have Index Funds become so popular?

Passive indexes have vastly outperformed actively managed funds over the last 15-20 years. Data suggests that only 24% of all active funds topped their average passive rival over the 10-year period.

An Index Fund give investors the luxury of low expense ratios and fewer broker commissions. Sounds good, right? However, this reminds me of the quote

“If something seems too good to be true, it probably is.”

In an interview with Bloomberg in 2019, Michael Burry, the famous investor from “The Big Short,” warned investors of the distortion of ETFs.

Burry made his point by firstly arguing that the “true” price of a stock cannot be discovered because the investor doesn’t do their homework, doesn’t dig deep enough, and doesn’t even know the product they are buying.

“The simple theses and the models that get people into sectors, factors, indexes, or ETFs and mutual funds mimicking those strategies – these do not require the security-level analysis required for true price discovery,” Burry said in an interview with Bloomberg.

Burry implies that large inflows and outflows of liquidity into index funds can cause market instability. This is because ETFs blindly buy stocks in companies that are in the index that they track. As demand for ETFs increases, the concentration of capital in a small number of stocks also increases, which causes the stocks in that index to become overvalued.

Stock prices may be distorted and will not reflect the “intrinsic” value of the stock.

“This is very much like the bubble in synthetic asset-backed CDOs before the great financial crisis in that price-setting in that market was not done by fundamental security-level analysis, but by massive capital flows,” Burry continued.

The simple fact is, with trillions of dollars being poured into index funds, the vital digging isn’t being done.

Burry is not the only person who has warned investors of index funds. Bill Ackman, the CEO of Pershing Square Capital Management, mentioned the index fund bubble idea in his letter to shareholders in 2016.

Ackman made similar points to Burry: As capital flows into index funds, it bloats the value of the stocks within the benchmark; this creates a bubble.

Burry’s second argument revolves around the assumption that markets always correct irrationalities, and eventually, the tides will turn, and there will be massive outflows from passive investing.

“The dirty secret of passive index funds — whether open-end, closed-end or ETF — is the distribution of daily dollar value traded among the securities within the indexes they mimic.”

Burry argues that there will come a point in which both the stocks in the primary market and the shares of the ETF in the secondary market will plummet, and the holders of the ETFs will rush to sell with no buyers to take.

“The theater keeps getting more crowded, but the exit door is the same as it always was. All this gets worse as you get into even less liquid equity and bond markets globally.” Burry continued.

Similarities Between ETFs and CDOs

The sheer financial engineering involved in many ETFs is worrying. In 2008, CDOs made the mortgage-backed securities more complex by allowing investors to speculate on the outcome of the underlying products.

The same could be happening now through ETFs of ETFs and synthetic ETFs.

An ETF of an ETF is a security designed to provide more diversification to the investor. It does this by leveraging different factors such as industry sectors, time horizon, and risk aversion.

Like an ETF, a synthetic ETF is designed to replicate the return of a specific index such as the S&P500. Unlike an ETF, it doesn’t hold the underlying assets; instead, it uses derivatives such as swaps to achieve the desired result.

Confused? That’s how George Bush jr felt when economists tried to explain CDOs to him.

Synthetic ETFs are to ETFs, what CDOs were to mortgage-backed securities in 2008.

Synthetic ETFs allow the investor to bet on assets they don’t own. It is a bit like someone taking out insurance on your house; then, they will have an incentive to burn it down.

Have We Really Not Learned Anything From 2008?

As we dissect deeper into the situation, we find that it is very different from 2008.

Firstly, all of the companies that are tracked by ETFs are viable profit-making businesses. People are going to keep drinking Coca-Cola and buying Apple products. It is safe to assume that the ETF’s underlying assets will not cease to exist in the near future, unlike the CDOs in 2008.

CDOs had a fundamentally flawed structure; they used terrible math to model possible risks, which was made much worse by the misuse of credit ratings.

Because of much tighter regulations enforced by the US Securities and Exchange Commission in 2010, the launch of new funds by asset managers not already sponsoring a synthetic ETF is prohibited.

Synthetic ETF net assets have slowly declined over the past few years to around $75 billion, representing less than 1% of all global ETFs.

Only a small number of asset managers issue synthetic ETFs.

The majority of the passive market comprises physical ETFs, which means they own the underlying asset they invest in. In 2008, the market for CDOs was so out of control that it eventually became worth 20 times more than the amount initially lent out to home-buyers.

Ever since the financial crisis, people have become more aware of the causes of a bubble. By law, banks are required to conduct regular stress tests to ensure they can withstand another crisis. Ph.D. economists work consistently to ensure that we don’t have another crisis.

Yet bubbles always happen. They are inevitable because greed is in human nature.

But it is unlikely ETFs can cause a bubble on the same scale as 2008, which fundamentally shook our whole economy.

Have index funds made it harder to find value in the market? Perhaps.

Are they causing a bubble? No. At least not yet. The truth is that only about 10% of the market is invested in indexes.

However, if they get to much higher levels as Bank of America predicts, they obviously will begin to have an effect. 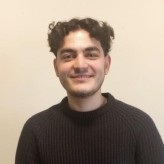 Parsa is starting his postgraduate studies at Warwick Business School at the University of Warwick, pursuing a Master's degree in Finance. During his undergraduate studies, he was an eager member of the finance society, participating in a day-long trading simulation where he attained first place as a market maker and sales trader. Parsa manages a personal portfolio of common stocks. With a long-term horizon, he looks for undervalued small-cap businesses that will yield considerable returns in 10 to 20 years. In his free time, Parsa enjoys reading, listening to podcasts, and continually expanding his knowledge of investing. He is also an avid boxer and trains frequently.