Riding on the fourth industrial revolution, China’s 5G technology has become one of the most exciting areas to watch as the next big thing.

With telecom titans like Huawei, Qualcomm, and Intel transforming not only industries but the entire country with broad applications and economic significance.

So, what is pushing China’s technology to develop so rapidly?

Greater wireless infrastructure with security like s a s e can allow the companies to scale up faster and expand in new technological areas. However the race is close, as the U.S. wireless providers are expected to outspend their Chinese counterparts on 5G capital expenses, $284 billion to $179.8 billion, from 2018 to 2025, according to data from GSMAi.

The utilization of these mobile apps to solve societal or life problems has provided a conducive environment for supporting technical infrastructures to develop. From a technical standpoint, meeting the current demand of the sheer volume of Chinese mobile customers is enough motivation to push for continuous technical advancement.

Furthermore, technologies such as augmented reality (AR), virtual reality (VR) and cloud computing that are dependent upon reliable 5G networks – also call for the adoption of next generation wireless technology.

Third, the Advantages of State-Level Policy has given China enormous benefits in the tech space. China’s long-standing diplomatic position that it never seeks to interfere in other nations’ internal affairs also made it possible for the country to focus on domestic developments easier than the other countries.

China’s largest three operators’ capability to spend billions of dollars on 5G equipment is a direct benefit from the government’s “Infrastructure Stimulus Package” that almost tripled from year 2019.

Some think that 5G technology is where China and the West will finally diverge.

The race to 5G has been largely documented as American Intelligence Officials start to see a world where Huawei and other Chinese telecom companies are most likely to control 40 to 60 percent of the networks over which businesses operate.

The result of this race will bring a wide range of benefits as well as risks on the competitive global landscape.

Policymakers have viewed the dispute as a trade issue, as the Trump administration has taken steps to:

“block China’s national telecommunications champion, Huawei, from operating in the United States and starve it of American technology as it builds networks around the globe,”

as described by The New York Times.

The countdown to the 5G revolution has begun, and it is only going to intensify. 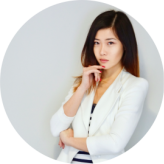 Ada holds a BA in International Affairs and Diplomacy and an M.B.A. from the University of Washington. Ada's interest in investment management stems from her desire to drive innovative results and create true value. Having held consulting positions in both the United States of America and in China, Ada specializes in taking her business toolkit to arm a diverse clientele with the right information to unlock creative sources of economic value to maximize growth. When not working, you can hear her classical piano playing wafts through Manhattan's skyline.

Buy and Hold Big Names in the Cruise Industry

Chesapeake Energy Files For Bankruptcy: A Good Time to Buy?