Hertz (NYSE: $HTZ) filed for Chapter 11 bankruptcy in late May and the stock fell sharply to record lows, hitting $0.46 shortly after the announcement. Since then, the stock has surged an unprecedented 990% – why are investors jumping in over a possibly worthless stock?

Hertz became, like many other businesses, the victim of the economic downturn sparked by the COVID-19 pandemic. The firm stated the sudden and dramatic impact on travel demand was too much for the firm, as the company’s revenues and future bookings were heavily affected.

However, the stock is now trading at $5 as investors are betting on a highly risky recovery from the Covid-19 pandemic.

The share price of Hertz (NYSE: $HTZ) from March to June

Among other things, the rally is a manifestation of the optimism around the rebound of air travel, which has seen a significant surge in the last week. Although certain industries are starting to have a positive outlook, the risk of equity holders getting wiped out is significant under chapter 11 bankruptcy.

What will happen if the bankruptcy finalizes?

A surge in stock price is perhaps not what investors expect from a company that states they can’t meet their obligations.

Looking at the number of Robinhood (retail) investors who have taken a position in Hertz, one might see where the Rally initially originated from:

It might seem as investors are riding the volatility in a highly speculative move. As per the bankruptcy filing, Hertz has $24.3 billion in debt with only $1 billion of cash available. The company, although it made “significant efforts” to provide liquidity, could not raise money on the capital markets and thus missed payments to creditors in April.

“No business is built for zero revenue. There is only so long that companies’ reserves will carry them” – former CEO Kathryn Marinello.

Interestingly, American businessman Carl Icahn lost $2 billion on the bankruptcy filing, as he sold his total stake earlier for a mere 72 cents a share for a total of $39.8 million – far away from the $2.3 billion he originally had invested.

As it currently seems, investors are betting against veteran investors such as Warren Buffett and Carl Icahn – and they seem to be winning…

Analysts tend to agree that there is no reason to hold onto your shares, as equity holders are usually wiped out during the bankruptcy process.

This is certainly not a buy-and-hold case.

It is highly risky to buy common stock in a company that has filed for Chapter 11 bankruptcy. Generally speaking, the creditors and bondholders become the new owners of the share, and in most cases, the existing equity shares will be wiped out by the company’s plan of reorganization.

“It is extremely risky and is likely to lead to financial loss” – SEC.

There are a lot of variables up in the air and the significant debt levels of Hertz indicate that retail investors could find themselves at the end of – a very long – payout line.

Stay very clear, many other opportunities out there. 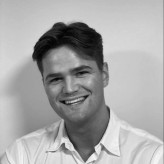